Alfred Shaheen was the most creative and prolific Hawaiian manufacturer in the heyday of post-WWII fashion. Shaheen pioneered Hawai’i’s garment manufacturing industry by stretching beyond the limits imposed by the isolation of the Hawaiian Islands. During pre-statehood Hawai’i, a critical time in Hawai’i’s economic development, Shaheen built the most comprehensive textile printing, garment manufacturing, and retail company Hawai’i would ever see. Shaheen accomplished this feat through his vision, inventiveness, engineering brilliance, and unreserved commitment to authenticity and excellence.

Alfred Shaheen’s textile designs and fabrics are legendary and were inspired by Hawai’i, the South Pacific, and Asia. By studying their native designs and adapting them to textiles, Shaheen brought us such Hawaiian classics as the Pua Lani (Classic) Pareau, Tiare Tapa, and Joss Sticks handprints. Shaheen’s prints meld so beautifully with the lush, magical nature of Hawai’i, that his designs have become an integral part of the Hawaiian mystique. In recognition of his contributions to the State of Hawai’i, in July 2001, Shaheen was awarded Hawai’i’s Ka’Ahu No’eau Lifetime Achievement Award. In July 2006, Hawai’i’s premier newspaper, The Honolulu Star-Advertiser, included Alfred Shaheen among the 150 most important influences to impact social, economic, and cultural changes in Hawai’i from 1856 to 2006.  In 2012, the U.S. Postal Service issued four postage stamps depicting Alfred Shaheen aloha shirts.

Alfred Shaheen’s vintage Hawaiian shirts, sundresses, sarongs, and fabrics are highly collectible and have become the subject of multiple museum exhibits. Please explore our site, where you will find images of the Shaheen operation during the ’50s and ’60s and learn more about Shaheen history and Shaheen’s original Surf ‘n Sand print plant, which took Shaheen from a small entrepreneur in the late-1940s to Hawai’i’s largest manufacturer of aloha wear by the mid-1950s. 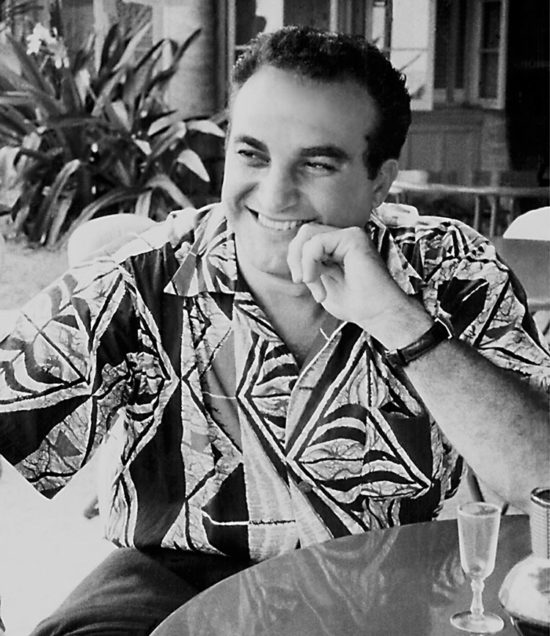